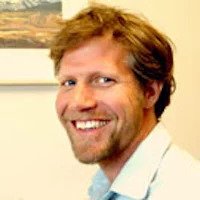 Symptom provocation did not meaningfully alter the diagnostic sensitivity and specificity that is relative to more easily obtained pretests symptom ratings.

A team based in the US and Canada, led by Andrew R. Mayer, PhD, The Mind Research Network/Lovelace Biomedical and Environmental Research Institute, evaluated the diagnostic and prognostic implications of neurosensory testing during the subacute stage in patients with pediatric mild traumatic brain injuries.

The investigators sought main measures of neurosensory examination based on the sequence of 10 established tests of vestibular-ocular, oculomotor, vestibulospinal and visual functioning.

The investigators found the amount of symptom provocation, measured by the positive change from pretest symptomatology, significantly increased in pediatric mild brain injuries relative to the health controls on every subtest 1 week following injuries.

This association was also true for deficits in monocular accommodative amplitude and King-Devick Test errors.

However, symptom provocation did not meaningfully alter the diagnostic sensitivity and specificity that is relative to more easily obtained pretests symptom ratings.

“The diagnostic sensitivity/specificity of neurosensory testing in acutely concussed youth may be limited at 1 week postinjury as a function of natural recovery occurring in most emergency department cohorts,” the authors wrote. “Neurosensory screening may have greater utility for identifying patients who experience delayed recovery.”

There is a growing concern on the long-term effects of pediatric mild traumatic brain injuries, including neurosensory, defined as vestibular-ocular, oculomotor, auditory, visual, and vestibulospinal sequelae.

Currently the Vestibular/Ocular Motor Screen (VOMS) is the common instrument used to examine symptom provocation within the context of several vestibular and oculomotor challenges.

Researchers previously found in sport-related concussion cohort studies that symptom provocation on tests of visual motion sensitivity and horizontal/vestibular-ocular reflex, as well as receded near point of convergence, as the best diagnostic indicator from the VOMS.

Symptom provocation during smooth pursuit and saccades is considered to be a better predictor of medical clearance to return to sports activities, but provocation was not significant when considered conjointly with neurocognitive and symptom measures.

However, recently researchers suggested that point of care could be an important and understudied variable to consider influencing deficits detected upon neurosensory testing.

Currently, there have been very few studies examining the diagnostic sensitivity and specificity of neurosensory abnormalities in children presenting to the emergency department with a pediatric mild traumatic brain injury.

The study, “Neurosensory Screening and Symptom Provocation in Pediatric Mild Traumatic Brain Injury,” was published online in The Journal of Head Trauma Rehabilitation.